You are here: Home / Dessert / Tres Leche Cake
Share105
Pin108
Tweet
213 Shares
Love Tres Leche Cake? Then, it’s your lucky day! This was a fabulous treat and fun to make. One important note, Pioneer Woman’s cookbook said to use all of the milk to pour on top of the cake. That is the recipe I followed. On her website, however, I noticed she wrote to use all but one cup and discard the last cup. Hmmm, I do not like discrepancies hee hee!!! Some reviewers used it all and some did not and the reviews were mixed. So, pour on as much as you like or as little. I used it all and though it looked as if it wouldn’t absorb it all….it did! Next, time I may add 1 cup less to compare. The cake in the end was outrageous! Enjoy and make this for Mardi Gras!!!! 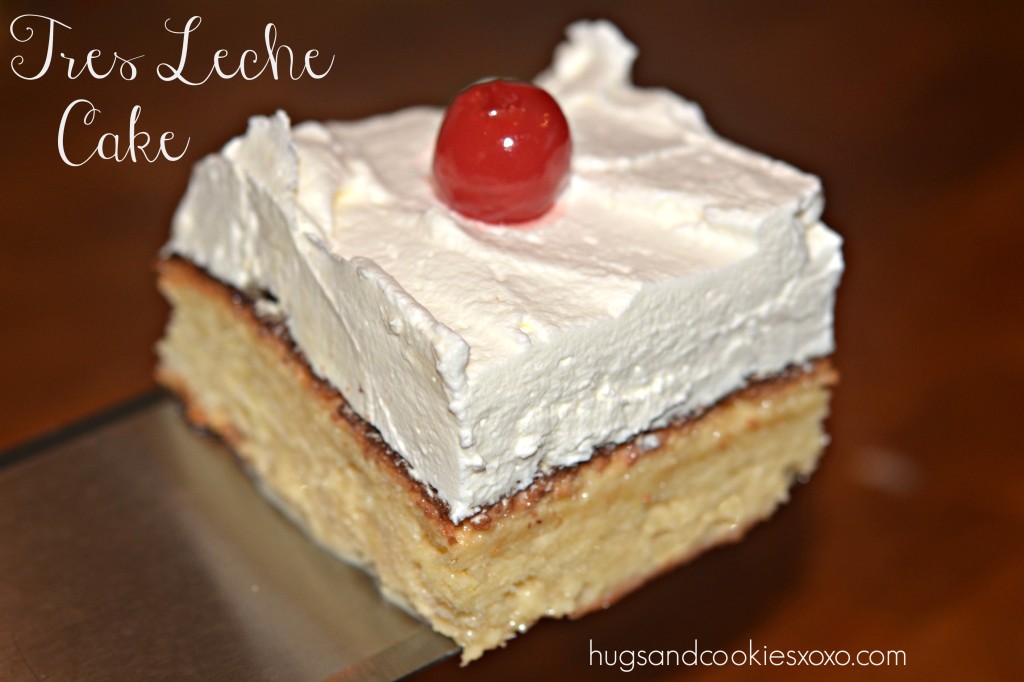 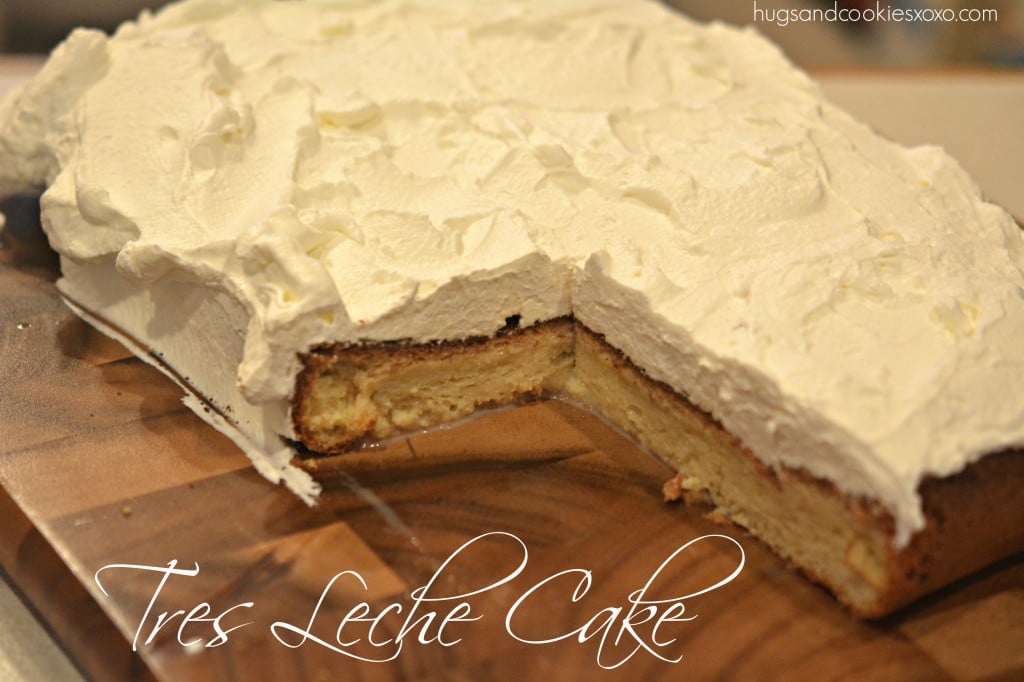 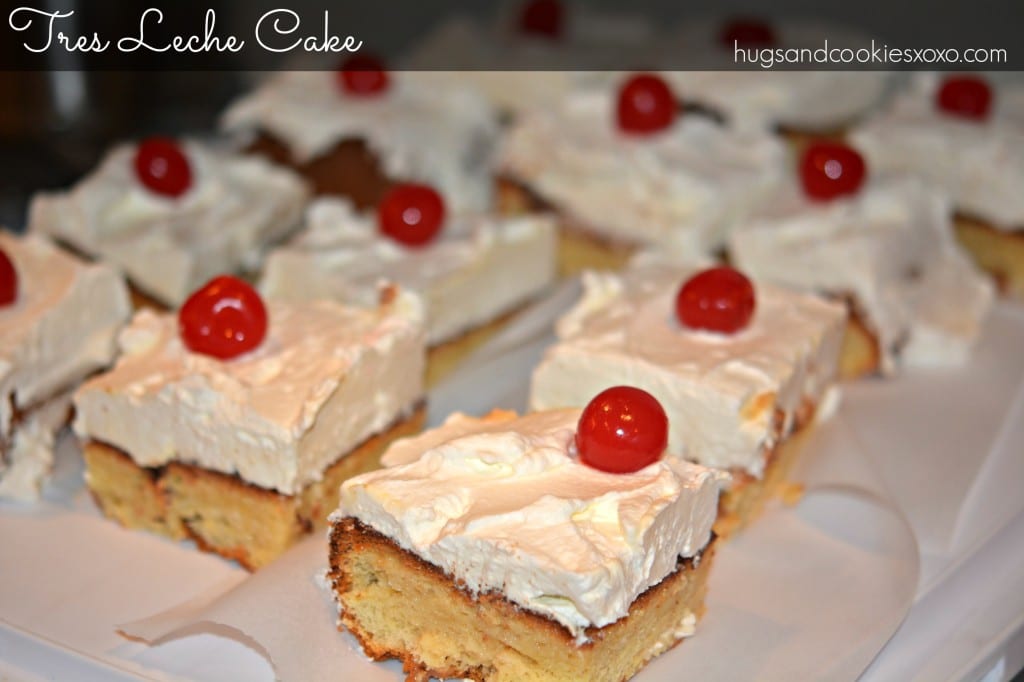 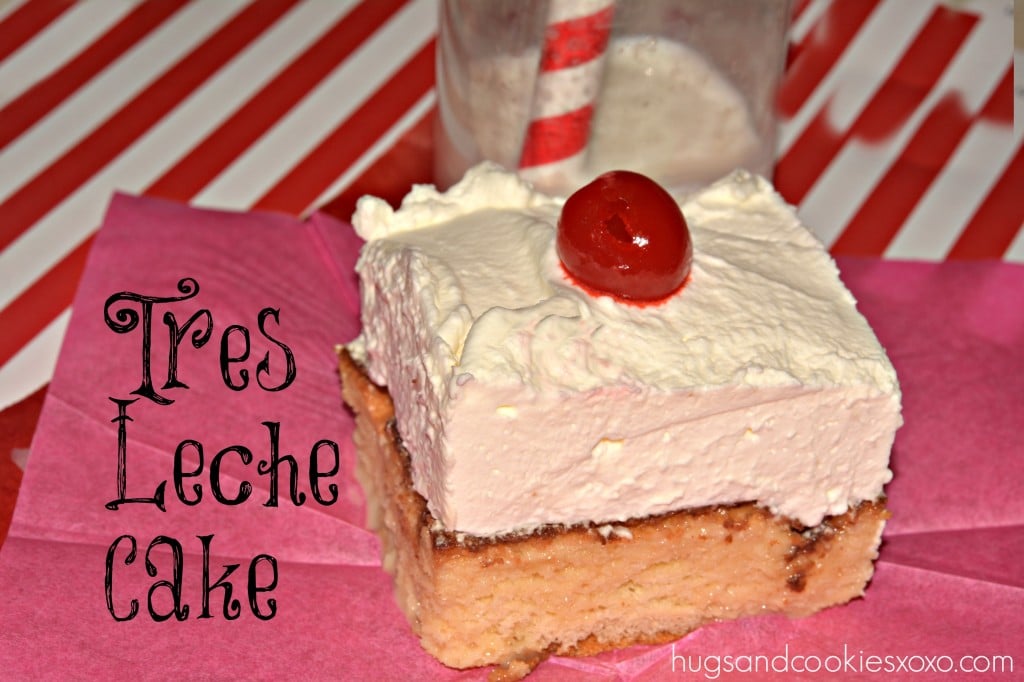 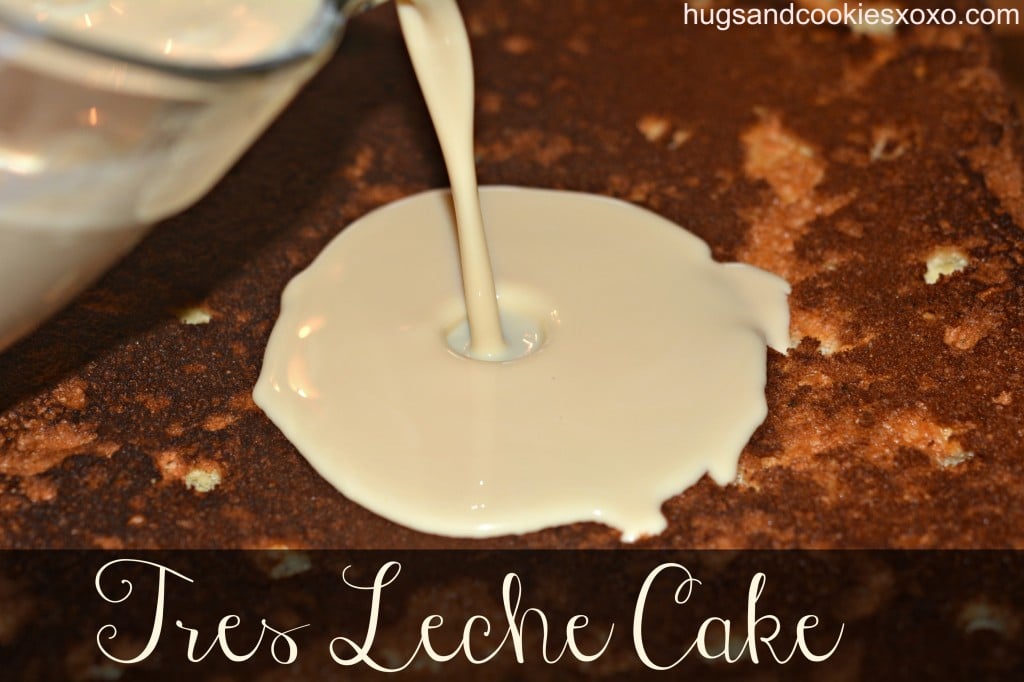 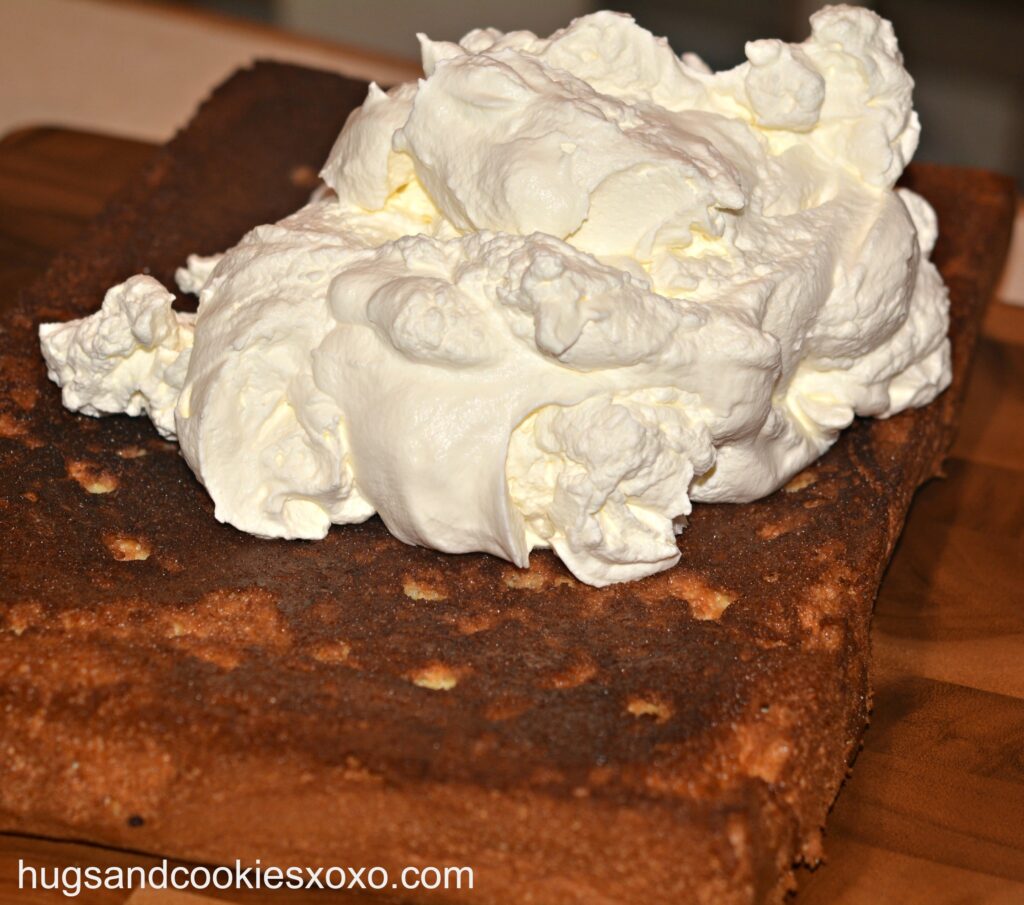 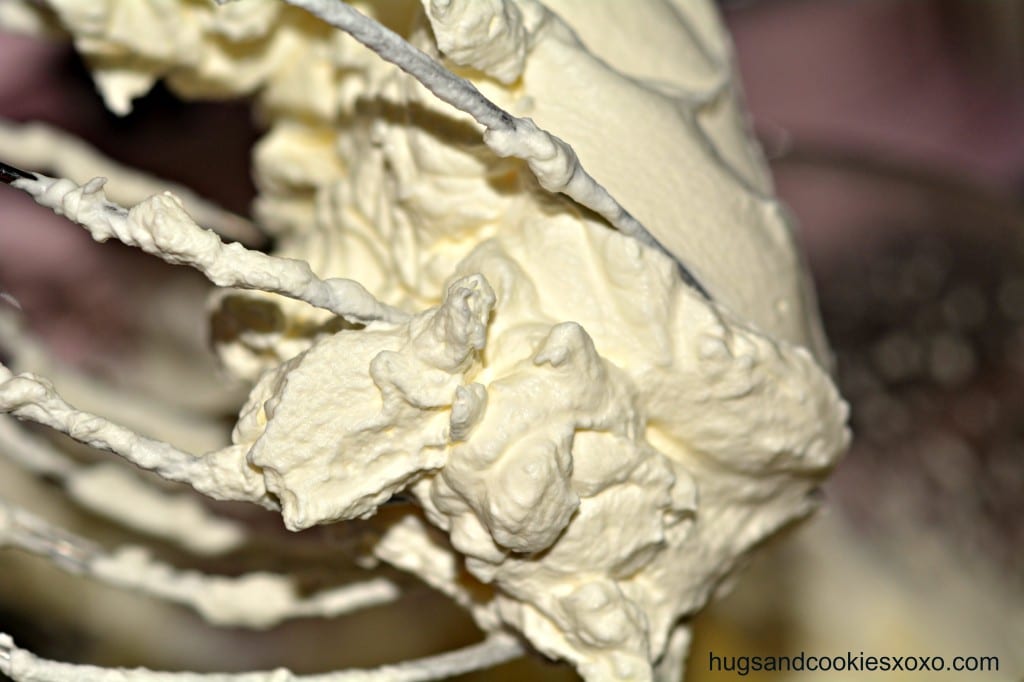 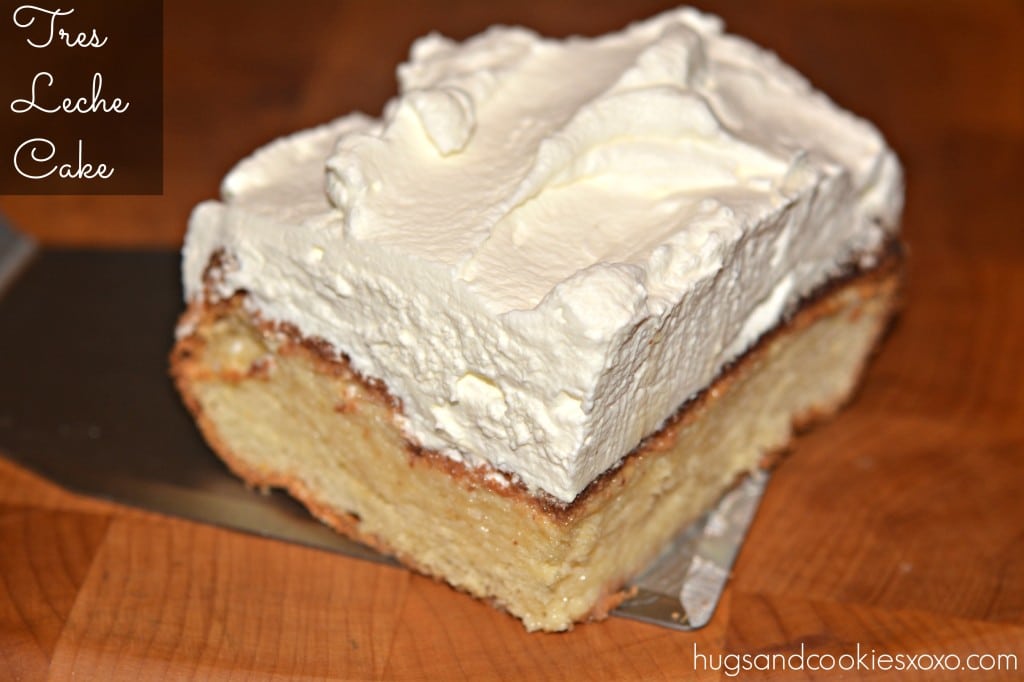 For the cake: Preheat the oven to 350 degrees. Grease and flour a 9- by 13-inch cake pan.Sift the flour, baking powder and salt into a large bowl.Separate the eggs. Beat the egg yolks with 3/4 cup of the sugar on high speed until the yolks are pale yellow. Stir in the milk and vanilla. Pour the egg yolk mixture over the flour mixture and stir very gently until combined.Beat the egg whites on high speed until soft peaks form. With the mixer on, pour in the remaining 1/4 cup sugar and beat until the egg whites are stiff but not dry. Fold the egg white mixture into the batter very gently until just combined. Spoon into the prepared pan and spread to even out the surface.Bake until the cake is done, 35 to 40 minutes. Allow to cool in the pan, and then turn out (upside down) onto a rimmed platter.For the tres leches: Combine the heavy cream, evaporated milk and condensed milk in a small pitcher. Pierce the surface of the cake with a fork several times. Drizzle the milk mixture over the top and allow the cake to sit and absorb the milk mixture. Don’t worry about totally soaking the cake! That’s what you want.

For the icing: Whip the cream with the sugar. Spread it evenly over the top and sides of the soaked cake and decorate with maraschino cherries.

Refrigerate until ready to serve. Several hours is fine. The cooler the cake, the better! 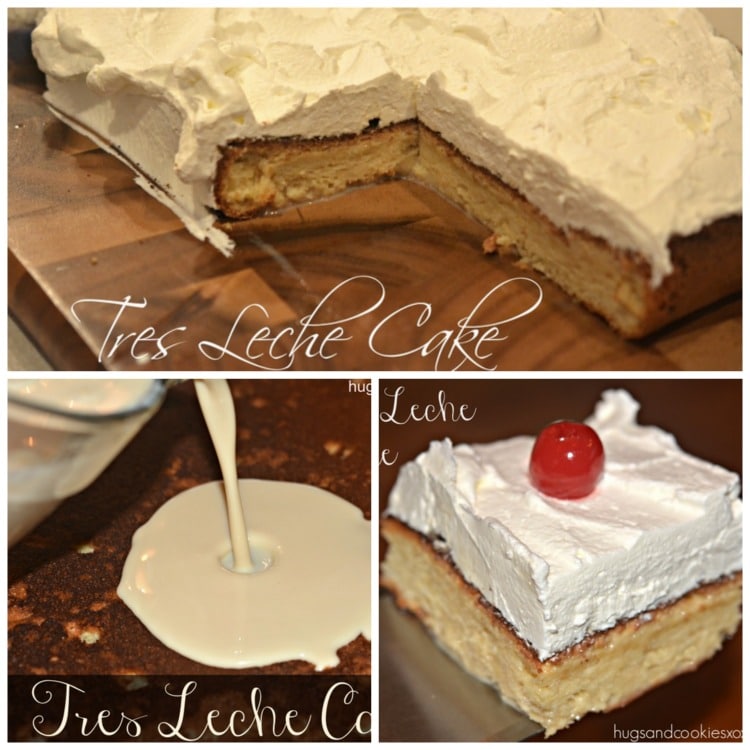